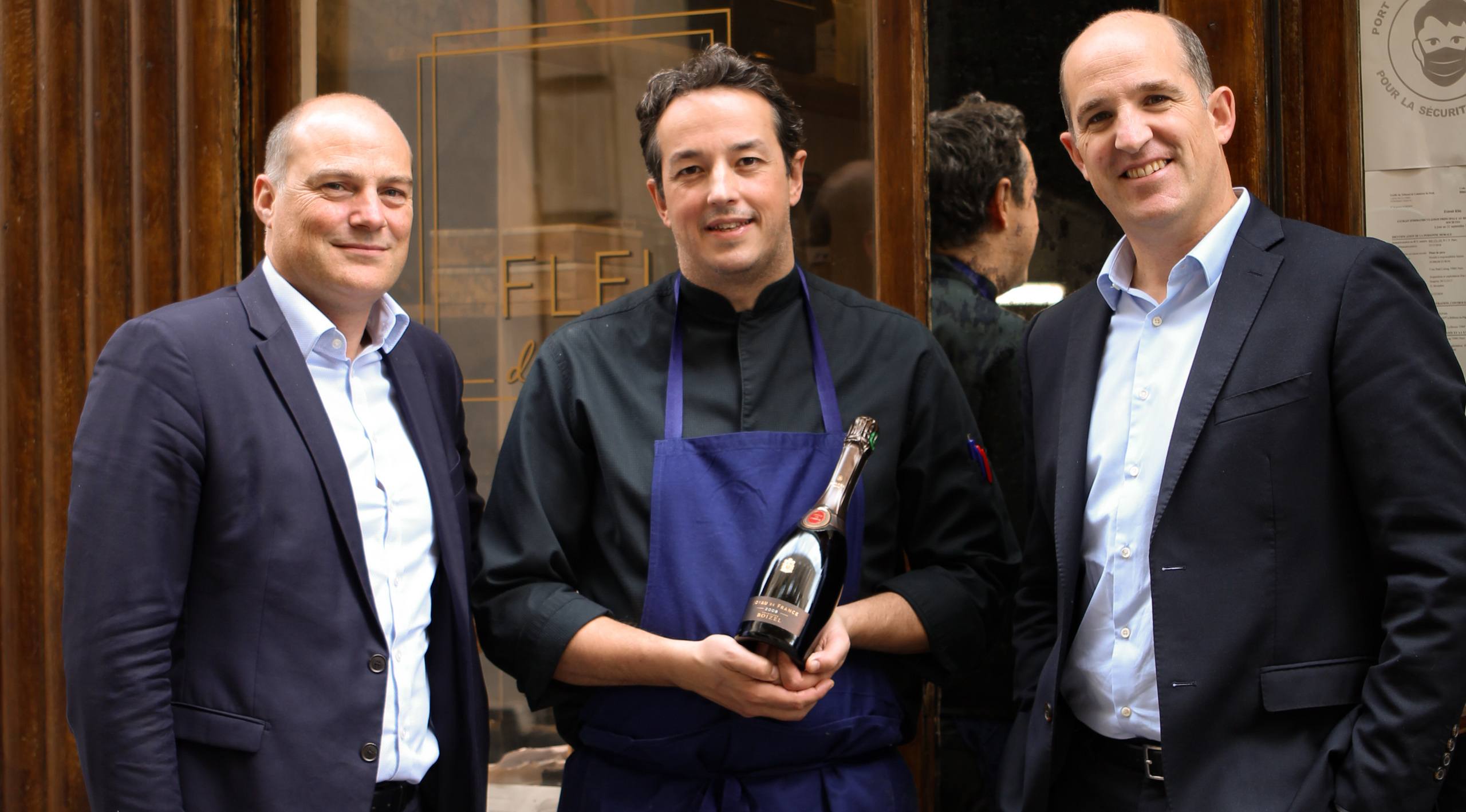 Driven by his passion for travels, Sylvain Sendra, head chef at Fleur de Pavé, offers inspiring cuisine in his restaurant, which is located in the second district of Paris. Between two courses, he agreed on sharing a few secret ideas for pairings that he had imagined accompanying some of the Champagne Boizel cuvées.

Most of the time, designing wine pairings with the Chef’s cuisine is the sommelier’s responsibility. However, when you take wines as the starting point of your cuisine, how does the creative process work?

This an experience that I like very much, very close to the work we do at Fleur de Pavé. For me, cuisine is first and foremost a scene for wines to express themselves! I wanted to pair the Champagne Boizel cuvées with food that would enhance their aromas while avoiding at all costs to spoil them with anything too violent. The inspiration came quite quickly, I knew where I wanted to go, but I had to find the way !

Actually, where did Champagne Boizel cuvées lead you ?

We had to find coherent pairings. Champagne Boizel cuvées have wondeful saline aromas, with fine bubbles and almost salty and peppery notes. At the same time, each cuvée has its own defined identity and we had to find food to suit the rising intensity of these wines. For instance, Joyau de France 2008, which is getting complex notes, has been paired with a Japanese squash, called the kabusha squash, spiced up with hazelnut oil. As for the Cuvée Sous Bois 2008, we emphasised its salty character by pairing this Champagne with cod, pointed cabbage, madras curry, and saffron juice. Spices will highlight the spicy notes of the Champagne itself. Generally speaking, saffron often chimes with mature and complex Champagnes.

What did you imagine when it came to the already iconic Joyau de France 1988 ?

I wanted something gourmand to accompany the slightly oxidative notes of Joyau de France 1988. Comté cheese can be paired with this wine, provided you do not choose a Comté cheese that is too old, which could spoil the wine itself. When working on food and wine pairings, it is important to bear in mind that you need to involve as many people as possible in the experience. With Joyau de France 1988, a pairing with a Camembert would also have been great, but it is a more divisive cheese. Our goal remains to bring people together around a shared emotion. This is also what I kept in mind when picturing what would match up with Joyau de France Rosé 2007, like a Pavlova with red fruits and figs that emphasise the ripe fruit and dried fruit notes of the wine.

By entering this website, you certify that you are of legal age to consume alcohol in your country of residence.

By continuing on this site you agree to the writing and the use of cookies on your device. Learn more